The were was a busy week of running for Denbigh Harriers dominated by the London Marathon which eight club members ran. All of them were delighted to have completed the course and taken part in such an iconic event. First Harrier home was Joe Welch who managed to run the second half of the race quicker than the first to record a splendid personal best. Next home was Huw Williams who ran even pacing right until the very final stages of the race. Hywel Roberts had a great race keeping a good pace going until the last 10k. Gwenan Johnson was the first denbigh woman home after a well judged race. Sian Pritchard also showed great strength and endurance to run a second half of the race faster than the first. Despite disrupted training Mark Jones was delighted with his race keeping the momentum going throughout. Training partners Helen Davies and Nicola Field ran together finishing strongly. In addition to the running the Harriers should be congratulated on their tremendous fund raising efforts.

Earlier in the week  four  Harriers turned out to run the Penmaenmawr Three Hills Fell Race. This is an extremely tough, short, 3 mile fell race with 1600 ft of ascent. The three hills are brutal – one so steep that everyone climbed up on all fours through the gorse and bilberry bushes. The descent was fast on grassy tracks in a quarter of the time it took us to climb up to the last summit. Jon Jonathan Fleming was first Harrier home in 10th position in an excellent time of 37 minutes 3 seconds. David Baugh was not far behind him, storming in, in 16th position in a time of 39.55. Menai Baugh flew to the finish in 54th position, 13th female and first F60 in a time of 47.39. Peter Lester-owen, having suffered a serious injury to his ankle on this race last year, bravely finished in 66th position in a time of 50.08.

Friday night saw six harriers run the Mid Cheshire 5K.  This was an astonishingly high-calibre race for a small English village, with 317 people under 20 minutes and 550 under 30 minutes. Brilliant result for Dawn Marshal who is back from a long time injured, and personal bests for Elen Baugh and Mathew Jones. Emma Collins once again showed her class winning the W55 race with a wonderful time.

The Llangynhafal loop fell race of  7.6km 533m climb was held in during the worst of storm Hannah making the run more interesting as it rained continuously and blew runners all over the place. Tony Wood was the only Harrier to brace this race finishing in 5th place in  42:35 and was 1st under 40.

The other big race on Sunday was Sea to Summit Half and Full Marathon starting in Prestatyn and following the hilly Offa’s Dyke path over the Clwydian Hills. The Half Marathon climbed over 3000’ finishing on Moel y Parc with the Marathon climbing 6,600’ to finish on Moel Gyw near Llanarmon yn Ial. There were splendid performances from five Harriers who ran these very challenging races 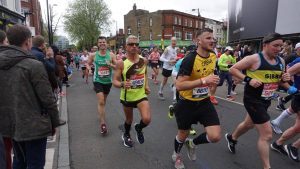 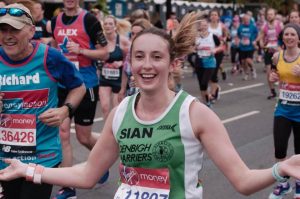 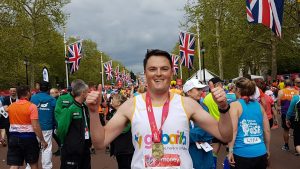 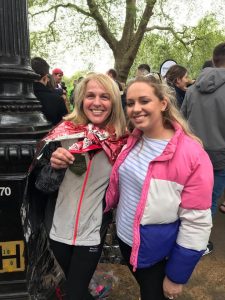 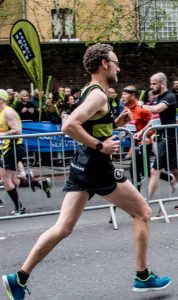 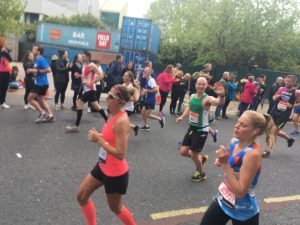 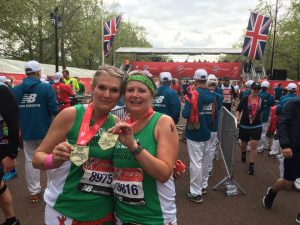 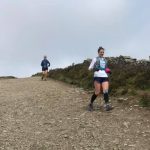 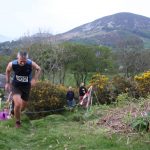 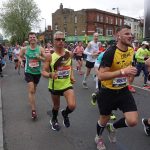 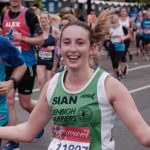 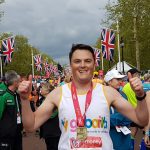 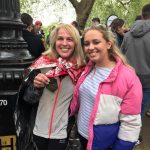 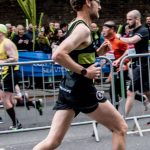 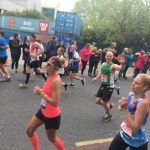 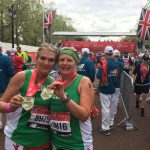 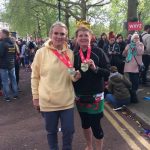