The fourth race in the North Wales Cross Country League took place on Saturday on an interesting new course in Baschurch, Shropshire that included some of the normal mud and the addition of a substantial stream to cross.  In the Women’s 5.7k race a great team performance was led home by the returning Ceri Diss who was also the first W50 in 15th place. She was followed by the consistent Tracey Williams whose performance seems to have guaranteed her the W50 title for the season. The third harrier home was Emma Collins making her first cross country race of the season and adding welcome strength to the team. The fourth counter for the team with a good solid performance was Katy Baugh in 43rd place. Menai Baugh completed the team with a strong run in the conditions. 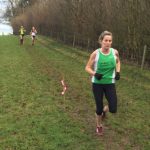 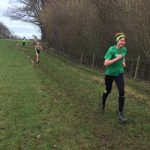 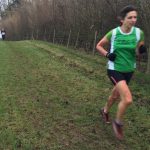 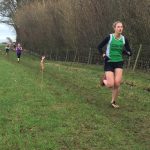 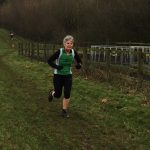 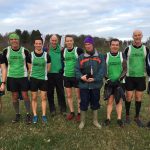 The team performance put them in third place for the day and in a very close fourth in the 1st Division for the season so far.

In the Mens 8.8k race Shaun Hughes had a sensible start to finish hard on the third lap to finish in 36th. He was well supported by the improving Glen Price in 52nd. The third and fourth Harriers was a battle between the newest Denbigh Harrier, Tom Jones and one of the longest serving members, David Baugh – with youth winning on the day. They were followed by Owen Conry who kept them in his sights for the whole race. The sixth team counter was Tony Benton who put on his customary strong finish. He was closely followed by the seventh Harrier home Fred Jones who was well up the field. The Men’s team were in second place in Division 2 on the day.

The final fixture of the season is in Oswestry on the 4th February with podium positions for both teams on offer if performances are maintained.

The full results can he found here