With some of Denbigh Harriers’ regular counters missing from the 2nd fixture of the North Wales Cross Country League in Colwyn Bay it looked likely to be a hard day for the club.  The course was very hilly and after the recent rain the farm fields were a quagmire over the 8.5k for the men and 4.9k for the women.  With fields of 180 runners in both races it was a great show of strength in depth for both the women and men’s teams. In the women’s race a superb performance from Rhian Pierce for 12th supported closely by Emma Collins 1st W55, Mel Morris and Katy Baugh meant that the team closed the gap on Buckley for 5th place in the league to one point. Having the strength in depth meant that the next three runners: Elen Baugh. Mari Williams and Tracey Williams (running in road shoes), pushed Buckley’s last counter back down the field and thus helping the team greatly. Carys Davies had a superb run in the tricky conditions and Menai Baugh retained her first place in the W60 standings. The M65s team took a bit of a hammering from Eryri and so slipped to 3rd team. Bob Neale (14th) just got ahead of Chris Baldwin (15th) and much to his credit Jeff Jones was remarkably collected despite a recent chest infection and finish in 22nd.  In the Men’s race the return of Joe Welch to finish in 26th was a great help to the team as were the best performances for two years from Tony Wood and Owen Conry. They were well supported by Glen Price stepping down from his recent ultra racing. As with the Women’s race David Baugh and Mat Jones finished ahead of other counters from other teams helping the team with their efforts thus moving the team up to 3rd place in the league.

Seven  Denbigh Harriers made the short journey to Mold for the Flintshire 5k & 10k races. The races were run in near perfect conditions although with still a chill in the air for the earlier 5km and slightly warmer conditions for the 10k. Five Harriers ran the 5k race four of which where brave enough to do the double and ran the 10k namely:

Gwenno Williams achieved a personal best in the 5k race of 27.53 supported by Jeff Jones fresh from his exertions in the cross country the day before. The Harriers that ran today all enjoyed the race and performed well in a well organised race on the doorstep 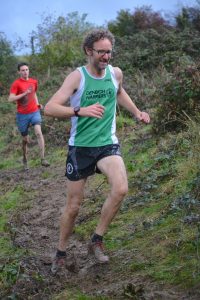 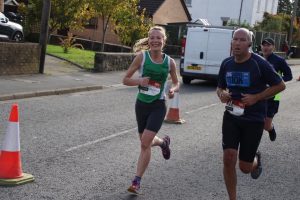